My eyes drifted to the right and a not-so familiar face greeted me. Sitting behind the counter in a skull cap, was a young man who couldn’t have been more than thirty.

“Fresh vegetables for sale. Why don’t you try these peas- straight from the farm?”

“Ji, I just moved in to start business here.”

That was my first interaction with Ali. Every time I happened to pass-by, he would call out and I made a ritual of picking up some of his fresh yields. I never saw a crinkle on Ali’s face and mostly he looked cheerful. On some mornings, while I walked back from yoga, I would see him generously sprinkling water on  sabzis.

“Ali we do have severe water crisis here. I hope the sabzis are aware of that!”

During noon he was usually busy with men and women thronging his stall and he trying to get through all the haggling. This often exasperated me. Why should anyone bother a poor sabziwala for a rupee or two. But despite being busy, he never missed calling out to his regular customers who happened to pass-by.

“Nothing on your list today, Doctor Sa’ab?” he shouted on one such afternoon.

“On my way back Ali,” I replied. But there was one thing I clearly didn’t miss. He had addressed me differently that day. What must have made him think I was a doctor! Yes, it had been a childhood dream that had never materialized. But how did he know? I wasn’t aware and neither did I care. It sounded good and I didn’t mind.

Back home they took it seriously. “You should have told him.”

I didn’t think so. To me it was an innocuous lie. In fact, it wasn’t even a lie. It was just nothing. I wasn’t giving him prescriptions or treatments.

And so, our mild exchanges continued. He belonged to Kashmir and had moved to Shimla with some of his friends for work. It was a safe haven and a lot like his home. He hoped to make decent money for his family here. Maybe he would call them here sometime later. My knowledge of his home state always gladdened his heart. Another day he told me that he might have to vacate the shop soon because the owner had escalated the rent and there wasn’t that much earning. He said he was considering moving closer to the hospital and I should visit him there for vegetables. I never bargained with Ali and mostly didn’t even ask prices. He would just make a few calculations on a piece of paper and I would pay the lump sum amount.

Sometimes I thought that I had become Ali’s go-to person of sorts. Like I had a remedy for all his problems. Or maybe he just liked talking to me.

One Saturday he came up with something I wasn’t really prepared for. “Doctor Sa’ab, my cough just doesn’t subside. I was thinking if you could prescribe some effective medicine.”

This was tough. No, I wasn’t going to tell him that I was no doctor. Not even remotely. I could have given him the names of a few well-known cough syrups but I decided to play safe.

“Ali, I don’t recommend medicines for these small issues. I’ll give you a few home-remedies though. They should do wonders.”

The next day Ali went home for a month. His absence was noticeable but life had to carry on. I moved to another vendor and as is my habit, I soon managed to make one more friend. Although I did miss my daily conversations with Ali.

However, there was something very peculiar that I couldn’t miss. Now, I wasn’t spending as much on sabzis as I would with Ali. I hadn’t cut down on my purchase. So, what was it? Exactly what you’ve guessed. My friend had been overcharging for the vegetables. I wouldn’t say that I was angry. Hurt-yes. It felt like I had been back-stabbed. No, he wasn’t charging exorbitantly, maybe an extra twenty to thirty rupees now and then. But then you don’t need monstrous lies to break trust. Even a speck is enough to cast a blow.

I promised myself that I wouldn’t visit Ali ever again. I knew a little secret now and refused to be fooled.

The holiday month was over soon and Ali was behind the counter once again. I could see him from a distance as I went up the slope. I was determined to turn a deaf ear to all his greetings.

“Doctor Sa’ab. I am back, Doctor Sa’ab. The home-remedy for my sore throat worked wonders and I got you some Kashmiri apples, just to say thank you!”

I smiled back. ‘Doctor Sa’ab’- was it time for me to reveal the truth before confronting him? Did he also know a little secret about me just as I had discovered something about him? Maybe…maybe not.

“Welcome back Ali,”I said. “How about some fresh peas with those apples?” 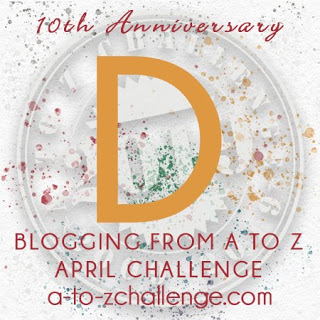 ← Craving (Hiraeth)
There isn’t ENOUGH Salt in the Curry… →