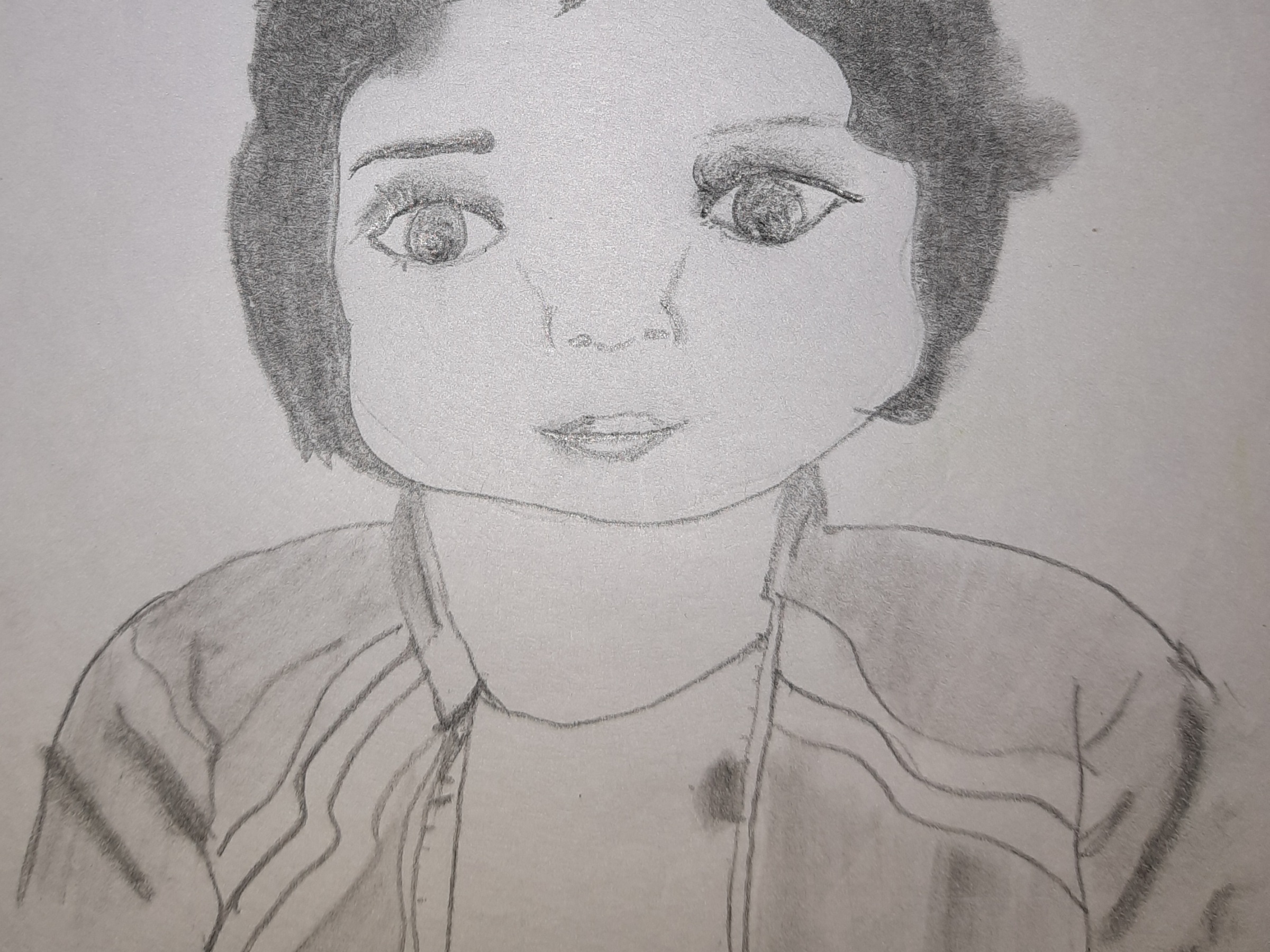 The little girl ran down the slope and rushed into the park. It was five in the evening. Her playmates were already preparing to go back home. She had to make the most of whatever little time she had. She was late by thirty minutes. Their usual meeting time was four-thirty. The Hindi examination had played spoilsport that day. Yes, janaab, if anything was to be blamed for her delay, it was the Hindi paper scheduled for the next day. Why did they have to hold exams for six-year-olds? Did it even make sense?

She was short for her age and barely visible to her friends playing on the other side of the rusting gate. An old, haggard blue coloured iron door, which they often used as the wings of Pegasus during pretend plays.

The little girl gave the gate a slight push with her hands. She wanted to peep inside first and make sure all was good but it swung wide open with a creaking sound, bringing her well within sight of a group of girls playing hopscotch. Among them, in blue denims and a loose white shirt stood her nemesis.

“What are you doing here?” the bossy group leader almost pounced on her.

The little girl stood closemouthed, unable to get a word out. With her hands on her waist, the group leader now walked up to her.

“Don’t you have an exam tomorrow? My sister’s studying really hard at home, and look at you!”

The boss girl then turned to look around at the others, who also seemed to have choked up. The little girl gathered all the courage she had and went ahead to join them, taking little unsure steps but hoping to manage a game or two without being badgered, before time-up.

As she patiently waited for her turn to throw the marker, she stole a glance at the boss girl going around the park, pushing her way on to a swing or a seesaw. She thought about the sister, sitting at her study table with a Hindi book in her hand. The sister was usually quiet. She wondered if she was as scared of the boss girl as the little girl herself? She wasn’t sure, but it was most likely so.

The little girl played only for a while that evening. A certain pair of eyes following her in the park made her uncomfortable.

That day changed a few things for the little girl. Actually, only one. She never moved out to play before an exam. And never, as in, NEVER! Do you think she should have done that? What else could she have done?

Childhood is a trove of memories. Sweet, bitter, savory and sour- memories nonetheless. Not all childhood experiences are plain sailing. Neither do all of them come loaded with lessons and yet each one is endearing.

This October, join me for My Friend Alexa, Season 5 as I explore ‘The Little Girl’ series– about all that goes on in the lives of children. No lessons learnt, no moral overtones. Just simple, conventional and predictable stories for children, served with love!